Following the Recent happening that has led to the wide call to put a stop on the activities of the Special Anti Robbery Squad that is popularly known as SARS, the Nigeria Police have released a document that is titled “10 Things You Need to Know on The Position of The IGP on FSARS and Others”

Which is meant to let the public be in the know of how to deal with the excesses of the security body that is tasked with dealing with criminal activities, especially incidents of robbery, and kidnapping, but the attention of the security outfit has seen their attention shifted to dealing with cyber criminals, which are Popularly referred to as “Yahoo boys”

This wouldn’t have been an issue, but in an attempt at trying to wade off the activities of the so called cyber criminals, men of the SARS group have been involved with vices that include shooting, arresting, extortion, bullying, illegal arrest, seizing of properties, unlawful searching of phones etc of innocent Nigerian, with most of their activities been carried out on innocent citizens solely based on suspicion.

Their activities has been generating calls by the populace to end the SARS security outfit, but a recent attack on a young man in Delta State has led to another call by citizens to the government to either reform or end the SARS squad, leading to an action being put in place, which includes the release of this document by the Nigerian Police Force: 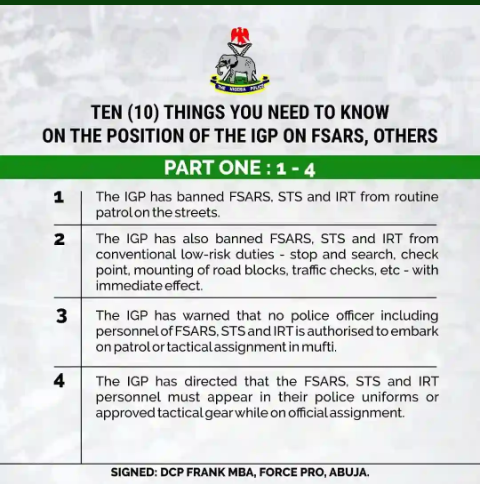 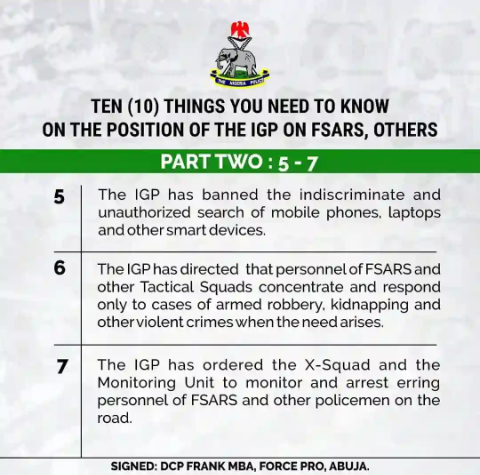 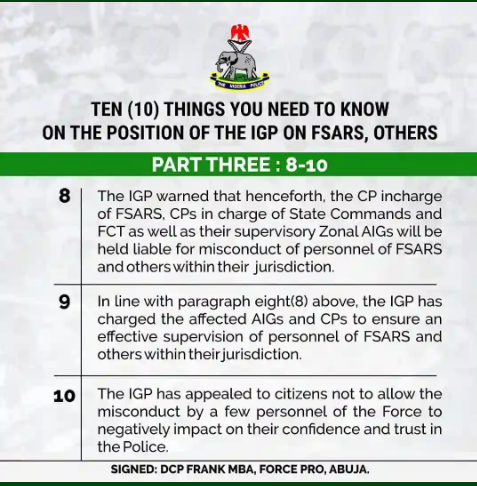 Must Read: Femi Falana (SAN) Reveal How Citizens Can Curb The Excesses Of SARS

IGP release new SARS operational terms, if any SARS harass you, call any of this number to report