Just days after congratulating her on winning a record-equalling CAF POTY award, fans of the Super Falcons star are again singing her praises following another remarkable performance.

Asisat Oshoala simply can’t stop scoring and the fans just love her for it. The former Arsenal star grabbed an incredible four goals as a rampant Barcelona Ladies taught CD Tacon a harsh football lesson with a huge 6-0 thrashing at the Ciudad Deportiva Real Madrid Campo 11 on Saturday.

A great week, in which she won a historicfourth African Women Player of the Year award, just got better as Asisat Oshoala showed off her immaculate finishing skills against an hapless Tacon side.

Superzee found the back of the net twice in the first half and completed the rout with another double after the interval.

Her brilliance have stunned fans across the divide with one suggesting that the 25-year-old would claim the prestigious World’s Best Player Award before she retires.

Oshoala will become the first Nigerian to win the ballon dor. Remember this tweet. 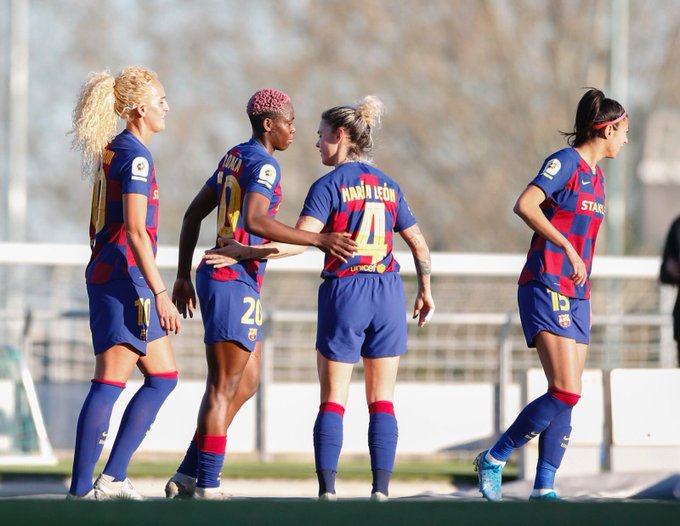 Luka Modric slams Ballon d’Or absentees Ronaldo and Messi: “Trophies only have value when they get them”

Nigerian midfielder (Etebo) Has Completed More Dribbles Than Messi And Ronaldo in this World Cup. . .see photo
share this

Football:Super Eagles Striker Scores a Hat-trick for His Italian Club