Love Or what: “I Want You Back Too, But I’m Scared”- Lilfrosh’s Girlfriend Releases Their Chats(Read More). 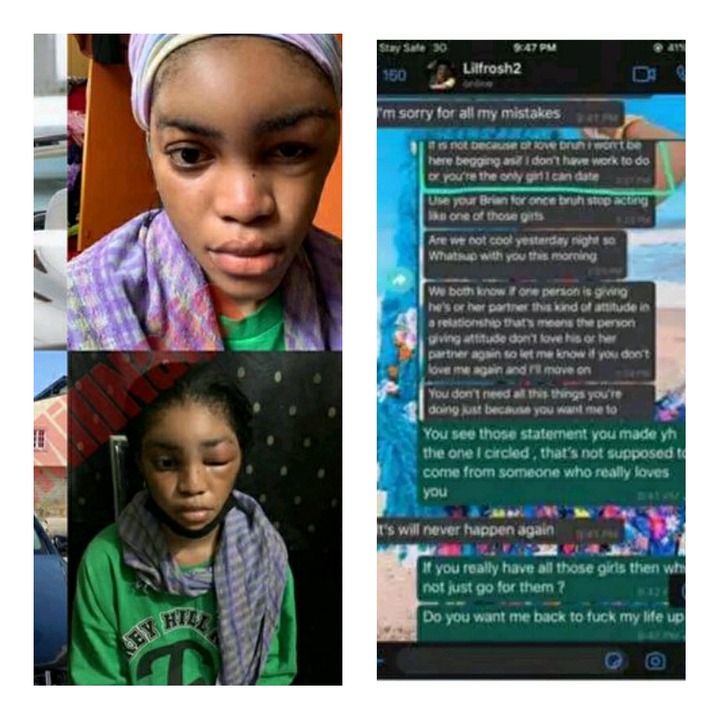 Lilfrosh was called out yesterday to have been physically abusing his girlfriend who is a face model and a video vixen. According to the story, this is not the first time that he will beat her up mercilessly. Since yesterday that the incidence occurred, Lilfrosh has not come out to either apologize or deny the accusations. We can however say that it’s still an accusation which seems to be true. 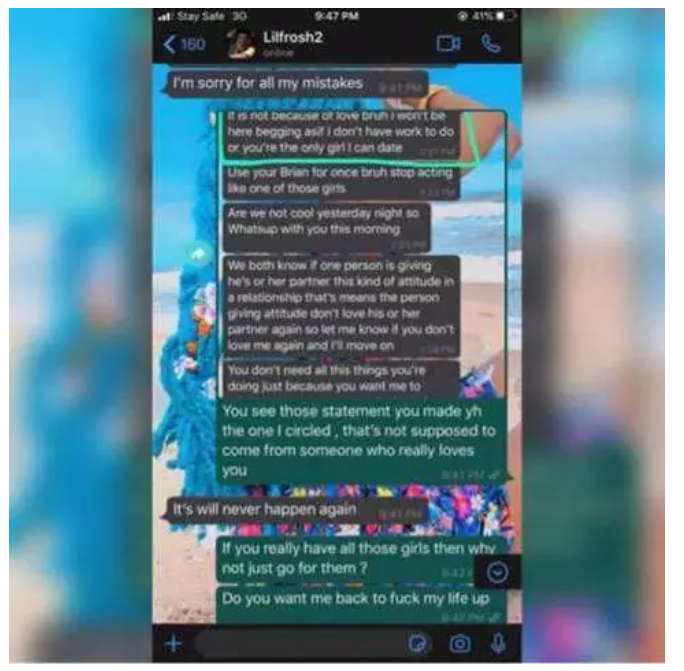 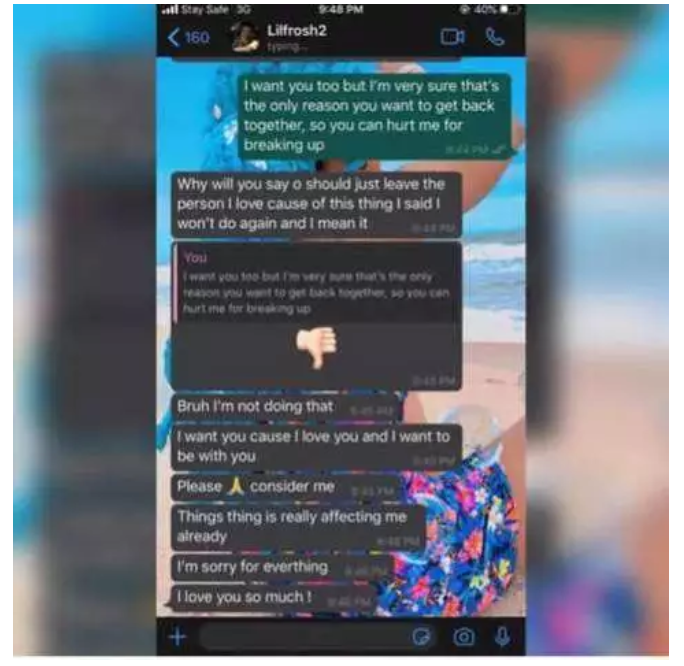 The Young girl seems to still love him, and i feel he is just begging her because he knows she will accept him back. What are your thoughts on this issue? Please drop a comment below.

10 Things Nigerian Girls Say Instead Of ‘I Love You’ (Photos)

Valentine Tragedy: Man Who Tried To Surprise His Girlfriend At work Gets The Shock Of His Life

A guy killed His Girlfriend over unwanted Pregnancy (Must Read)

Must Read:why a man jumped inside Lagos Lagoon after his girlfriend broke up with him

Embarrassing:Nigerian Man Receives Repeated SLAPPING… After Proposing To His Girlfriend In Public!!! (Must read)