by YUNGKOOL LAGA
in GIST
0

Beware of thieves, criminals and fraudsters. They are out for business, especially during this festive season (Christmas). We should be careful of dealing with money transfer as many traders have been defrauded many times with fake money transfer. A young girl was disgraced after she was caught doing fake transfer. The annoying this is that this particular girl was caught severally doing this act but this time around, she was disgraced. See video of what happened after she was caught below.

She boarded a cab which costs N1,500, when she arrived at her destination, she asked the driver to give her N1,500 and she would transfer 3,000 to him, to balance her transport fare and the money she collected. It was a successful operation as the driver fell for her tricks. She further tried to defraud a POS business owner, there her happiness was caught short as she was caught red handed.

After this video came online through many blogs like Media Gist, many Instagram users reacted on this video, saying that the stripping was wrong, while others supported what they did. 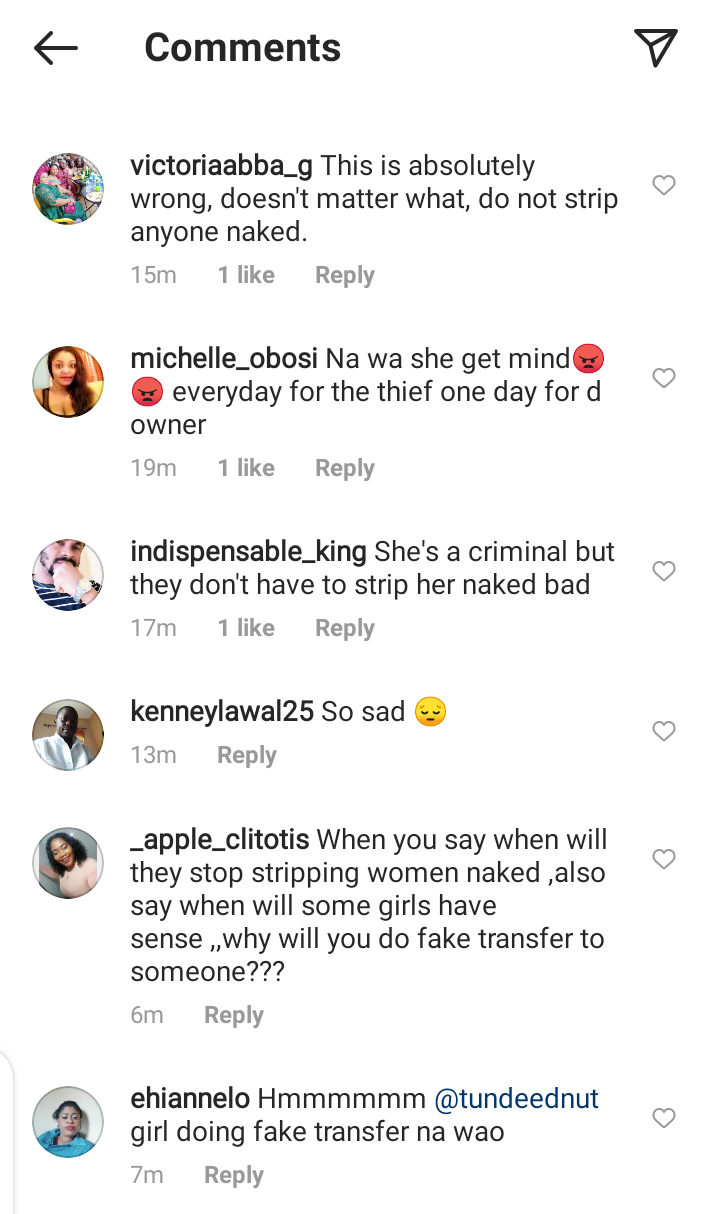 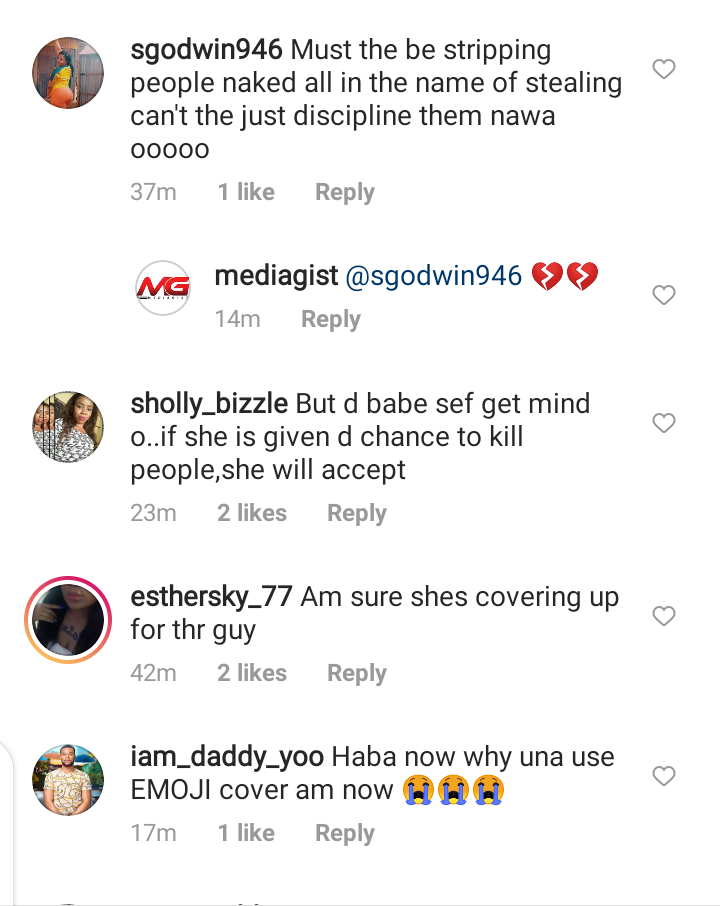