Popular comedian and Instagram content creator Dele Mide Oladimeji popularly known as ‘Dele Omo Woli’, who serves as the choirmaster to his self acclaimed father in the Lord Ayo Ajewole also known as ‘Woli Agba’, who’s the founder of Instagram Parish Member (IPM) and also the CEO of Woli Agba Ajewole Production. 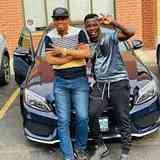 About two days ago news circulated that the musician, actor and comedian bought three brand new cars for some part of his crew members which Dele is also a beneficiary, alongside his manager and a pastor called Pastor Ojo, who are all part of Ayo Ajewole’s crew. 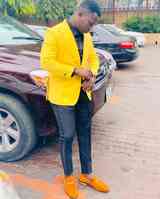 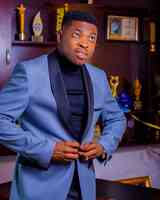 It’s no news that the chemistry between Woli Agba and Dele Omo Woli have glued a lot, and have yielded a whole lot of dividends and profits to their brand and it’s so obvious to their fans, as they’ve both travelled locally and internationally, Dele who’s still basking in the Euphoria of owing a brand new car courtesy of his boss, colleague, brother, and father in the Lord as he fondly call him, surely deserves it cause of the hard-work he has put into all of their skits.

The Comedian who doubles as a drummer and singer did something so adorable and respectful some hours ago, as he posted a picture of him prostrating to Woli Agba in a way of appreciating the brand new car he bought for him. In the photo caption below he said “My helper of destiny, I’ll forever be loyal and grateful to you, for everything you’ve done for me”

It will be of interest to know that the two of them have been together creating contents, even before the era of social media, during the days of Amos 3:3, Alfa Sule and the popular video where Ayo Ajewole was forcing him to accept Jesus as he personal Lord and savior.