A viral video has surfaced on the social media which shows Nigerian music star and DMW boss, Davido holding a Bible while going for a class.

Davido whose real name is David Adeleke was seen heading out when his crew members and friends were heard making fun of him as he held a Bible about to step out for what was said to be Bible study.

The clip which appears to have been recorded by a member of his team, was shared via the Twitter handle of DMW artiste, Peruzzi. It has gotten many fans and followers asking if Chioma is responsible for the ‘new’ Davido that is being seen. 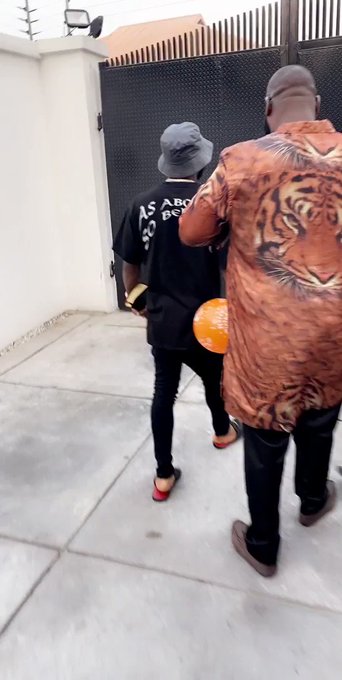