BREAKING: “Yahoo Boys Have Used Her” Girl Who Ran Mad After A Man Dropped Her Off Has Got People Talking.

Dear ladies you have to be careful with the kind of people you associate yourself with, stop accepting a lift from strangers, and don’t date men whose source if income you know nothing about. A viral video of a lady who ran mad after allegedly being dropped by a man has got people talking after it was posted on social media 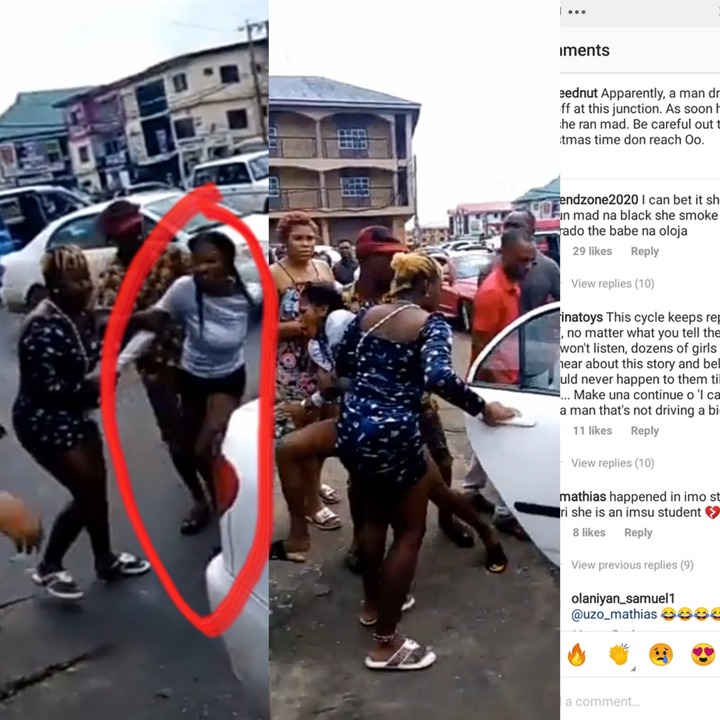 Things like this are not strange, we have heard of several stories like this where girls all of a sudden run mad after being dropped by men driving expensive cars. The common belief is that such girls have been used by ritualist called “yahoo boys” for money rituals, and it is sad that time and over again a lot of girls still fall victim to such evil

See screenshots from the viral video

A female voice that could be heard from the background of the video said “hold her very well, please take her into the car let us” while others kept lamenting and shouting “Madness” while the girl laughed hysterically as people tried to get her into a car to seek for solution

The summary of the video is that “A man had dropped her off at this junction and immediately he drove off she instantly ran mad, and began to laugh non-stop

I was a victim of internet fraudsters (Yahoo Yahoo boys) – Asa