Following the events of things in big brother’s house, housemates always enjoy their day from Monday to Saturday, which they usually wrap up with a night party. But Sundays is one day they always pray not to come. 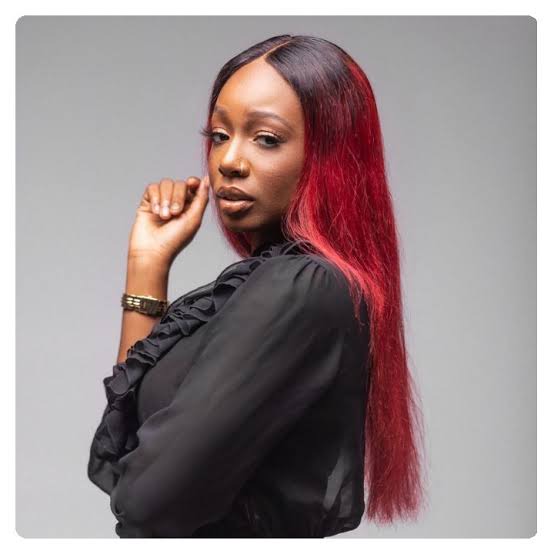 Before leaving, she had a wonderful dynamic with fellow housemate Prince. They both were an item that fans and viewers liked. Though their situation was with its own problems, as she seems to complain much. She is also one fierce dancer, which is always evident during the Saturday night parties.

See what fans are saying about her eviction. 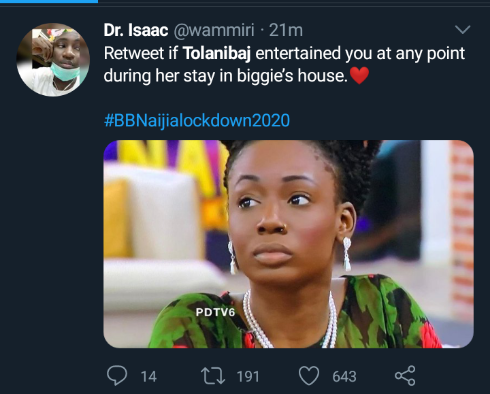 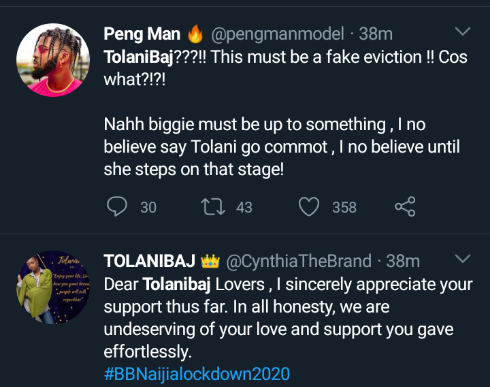 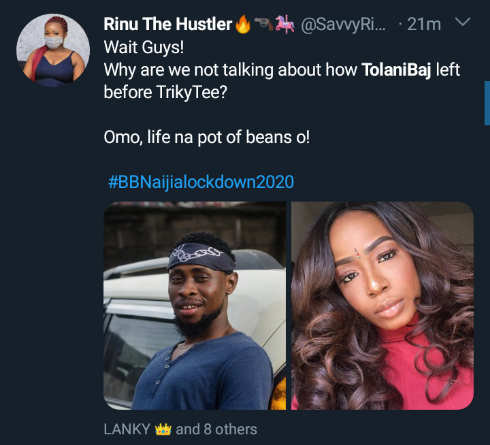 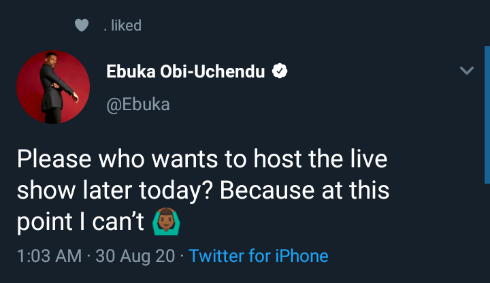